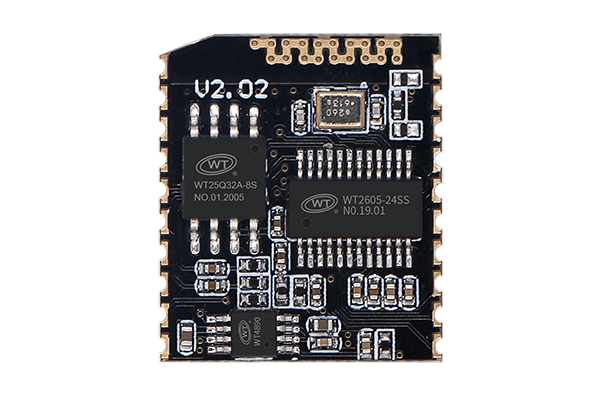 The WT2605XB04-R of the 2605 series mainly has four functions: line recording, MIC recording, MP3 function, and UART serial port control. The module has built-in Flash, and can be connected with external U disk and TF card. With a few external components, high-quality audio playback can be achieved. It adopts a drive-free mode, without tedious low-level operations.